IIT Hyderabad is one among the 2nd generation of IITs started by the Govt. of India. Today IITH offers 11 B.Tech programs, 1 B.Des Program, 3 M.Sc programs, 18 M.Tech programs, 1 M.Des program, 1 MA Program and 15 Ph.D. programs in all branches of engineering, science, liberal arts and design. IIT Hyderabad offers 2 years M.Tech Program to the foreign Nationals in 9 different departments. The very foundation of IIT Hyderabad is based on research and innovation. The vibrant research culture is evident from the number of patents and publications that IITH has. At IITH students are given with a plethora of choices, which they diligently choose with the help of a faculty advisor. Courses that last for a semester are almost a foregone story at IITH. From 14-15 academic year onwards all B.Tech programs started offering courses that are of smaller credits; called the fractal academics; very carefully designed to keep the enthusiasm of the students and to keep them in pace with the state of the art from 1st semester till 8th semester. IITH in the past couple of years has been highly successful in building tie-ups with leading academic institutions around the globe. IITH enjoys a very special relationship with Japanese Universities and Industries that goes beyond academic and research collaborations. In fact, some of the iconic buildings in IITH campus will carry the signature of Japanese architecture. IITH is creating a unique holistic educational ecosystem that offers interactive learning, a highly, flexible academic structure, cutting-edge research, strong industry collaboration, and entrepreneurship. It is providing an environment wherein students and faculty are not afraid to translate their dreams into realities.

We are proud of preparing dynamic leaders, who make a difference to the world, with the skills that are nurtured here for a better tomorrow. As an institute that has completed only 11 years of its existence, it is gratifying to note that we are doing well and are almost on par with some of the first generation IITs. With the NIRF ranking of 8 among all the engineering institutes in the country and with QS Asia BRICS ranking of 94, we stand tall. This is essentially due to over 200 dynamic young faculty of the institute with an average age of 39, who work hard and take up challenges without the fear of failure, making IITH at the forefront of R&D innovations. A healthy faculty to student ratio of 1:14 and a good mix of UG and PG program with UG to PG to PhD ratio of 40:30:30, makes IITH a unique place for teaching and research.

The strong research culture at IITH is reflected from around 500 sponsored research projects of Rs. 220 Crores that our faculty members have been handling currently. The number of Scopus indexed publications in the last 5 years are above 6000, which again reflects the thriving research activity. With a strong Japanese collaboration and the support from Ministry of Education, the second phase infrastructure development is in its full swing and is expected to be completed by 2022. This is expected to give a big push to the research activity of the institute. IITH has a strong start up culture with dedicated space for incubation and research park. By the end of second phase we will have about 1.2 lakh sft of space each for the above two activities, which will boost the entrepreneurship activity significantly.

The fractal academics with interdisciplinary approach, with departments such as AI, Climate Change, Engineering sciences provide a unique academic atmosphere at IITH. The BTech program in AI, a minor in entrepreneurship, Executive MTech in Data Science together with the Design and Liberal Arts departments represent the unique and diversified academic fabric. MTech in E-Waste Management & Recycling (together with C-MET) and Energy are some of the new programs being planned from the next academic year, which will add value to the existing academic program.

The campus life is improving on various fronts. The newly introduced mentoring of the students by faculty and alumni is expected to pump in positive energy into students’ lives. We have now a 24x7 hospital on the campus along with the support by specialist doctors visiting the campus regularly. The new supermarket, the 24x7 Nescafe and Amul outlet have made the life of the campus residents better.

We are looking forward to strong collaborations, both academic and industrial, to help us grow stronger. Industry-R&D-Academia tie up on cutting edge technologies is the key for the growth of the country. IITH will play its part proactively in the near future in this direction.

Wishing you all a very happy and prosperous new year,

About the IITH logo

The design philosophy of the logo is based on the two key words ‘Inventions and Innovations’, the foundation and vision of IIT Hyderabad. It is depicted using two i’s with common dot above them. These letters emanates outwards on either directions signifying expansion and growth of that knowledge. This reflects the core values of the institute where it fosters and facilitates in expanding ones intellectual ability, creativity, research and scientifi c discoveries. The identity is a symbolic representation of a person reading a book. This indicates imparting knowledge through quality education. The logo has also been envisaged with another deeper and philosophical meaning. The circle in the logo depicts the sun, the primary source of energy. The portrayal of sun symbolizes guiding light, force, creation, growth and strength. The warm and radiating colour scheme is derived from the vibrant sunlight (which also reflects the geographical climate of the city). 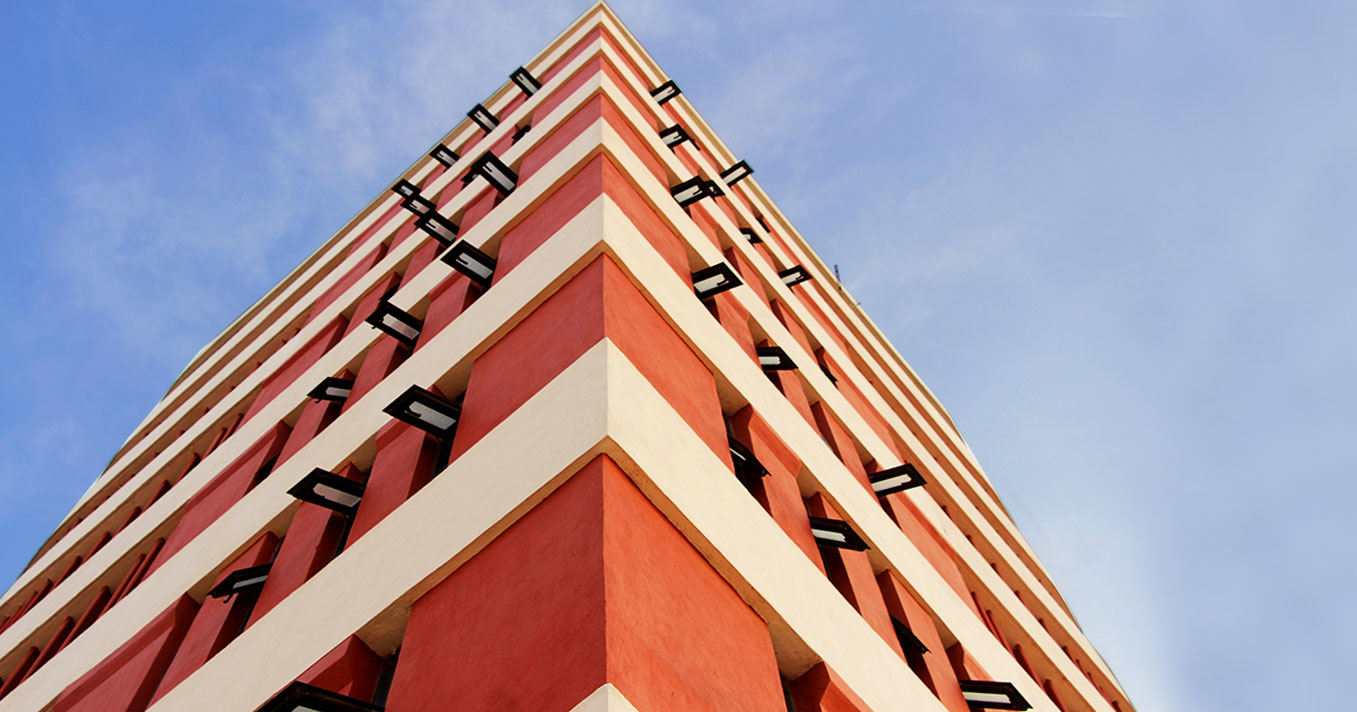 IITH will be the cradle for inventions and innovations. It will advance knowledge and scholarship to students in science, technology and liberal arts, and equip them to handle the challenges of the nation and the world in 21st century.

To be recognized as ideators and leaders in higher education and research, and to develop human power with creativity, technology and passion for the betterment of India and humankind. 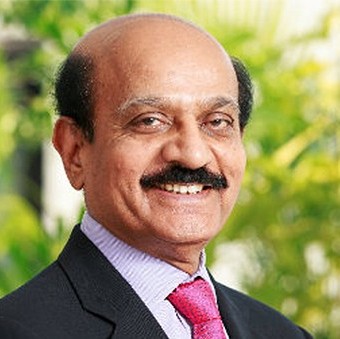 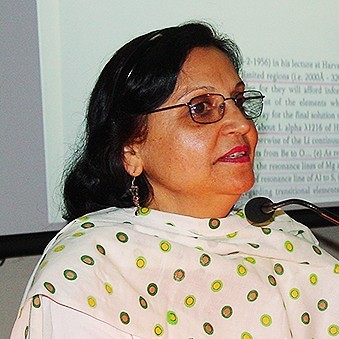 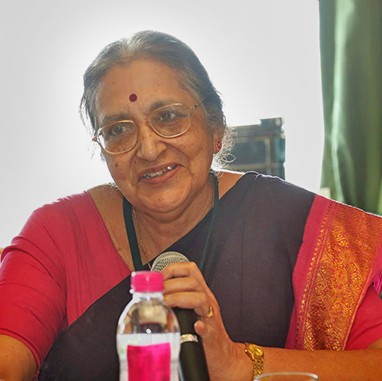 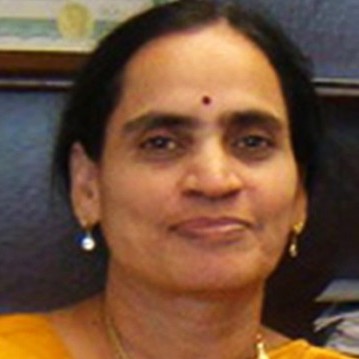 Prof. B.S. Murty has taken over as Director of IIT Hyderabad from August 26, 2019. Prof. Murty started his academic journey with a Diploma in Metallurgy in 1983 from Govt. Polytechnic, Vijayawada, followed by BE from VRCE Nagpur in 1986 and ME from IISc Bangalore in 1988. He obtained his PhD (1992) also from IISc, Bangalore. After serving at IIT Kharagpur for 12 years, he has been a Professor at IIT Madras since 2004. He is an Institute Professor and Girija & R. Muralidharan Chair Professor at the Department of Metallurgical and Materials Engineering, IIT Madras. He is also an Adjunct Professor at Ryerson University, Toronto, Canada since 2011 and also an Associate faculty of School of Engineering, University of British Columbia, Canada since 2016.

He has made significant contributions to the fields such as non-equilibrium processing through mechanical alloying, nanocrystalline materials, bulk metallic glasses, high entropy alloys, grain refinement of Al alloys and Al based composites. He has set up a National Facility for Atom Probe Tomography has been set up at IIT Madras with a remotely operable Local Electrode Atom Probe (LEAP) (first such facility globally) that can characterize materials in 3D at the atomic scale. He has also set up Deakin-IITM Centre of Excellence on Advanced Materials and Manufacturing at IIT Madras jointly with Deakin University, Australia. He has authored above 400 journal publications and 4 books. He has supervised 39 PhDs and 20 PhDs are ongoing. He has completed over 55 sponsored research projects and currently handling 13 projects and filed 20 patents.

The Senate comprising all heads of the departments and senior faculty members of the Institute decides the academic policy of the Institute. It controls and approves the curriculum, courses, examinations and results. It appoints committees to look into specific academic matters arising from time to time. The teaching, training and research activities of various departments of the Institute are periodically reviewed to improve facilities and maintain standards. The Director of the Institute is the ex-officio Chairman of the Senate.